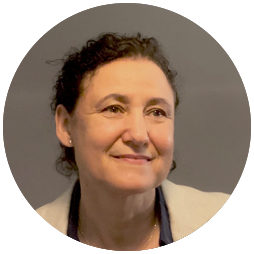 Valérie Crépel is an internationally renowned cellular neurophysiologist. She heads the Inserm “Neuronal coding and plasticity in epilepsy” group in Inmed in Marseille (France).

Her expertise focusses on the physiology of the synapse, neuronal plasticity, neuronal circuitry, and the physiopathology of temporal lobe epilepsy (TLE). Her pioneering work has established that abnormal circuits operate via ectopic Kainate receptors (a subtype of ionotropic glutamate receptors) in the hippocampus in TLE. Her group analysed the impact of these ectopic Kainate receptors on the coding operation of dentate granule cells in TLE; they notably showed that ectopic kainate receptor drastically impaired the coding operation of these neurons and dramatically increased their excitability. More recently her group explored the role of ectopic kainate receptors in seizures in TLE in collaboration with Christophe Mulle. The collaboration has demonstrated that kainate receptors ectopically expressed at dentate granule cell synapses play a mandatory role in chronic seizure initiation and defined the particular receptor subtype as a valuable target for the treatment of pharmacoresistant and intractable epilepsy. 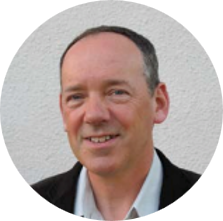 Christophe Mulle is a cellular neurobiologist with expertise in electrophysiology of synaptic transmission and an international leader in studies on glutamate receptors, hippocampal synaptic circuits, and synaptopathies.

He characterized functional nicotinic receptors in the mammalian brain in the laboratory of Jean-Pierre Changeux and was further trained at the Salk Institute with Steve Heinemann. Since 1995, he has been guiding a CNRS laboratory which has pioneered the study of the role and trafficking of kainate receptors in synaptic function, in control conditions and in the context of temporal lobe epilepsy (TLE). He has greatly contributed to understanding the mechanisms of synaptic integration and plasticity in hippocampal circuits in the context of episodic memory encoding. His lab utilises an array of genetic and functional methods to interrogate the connectivity and function of local circuits in vivo in behavioural conditions.